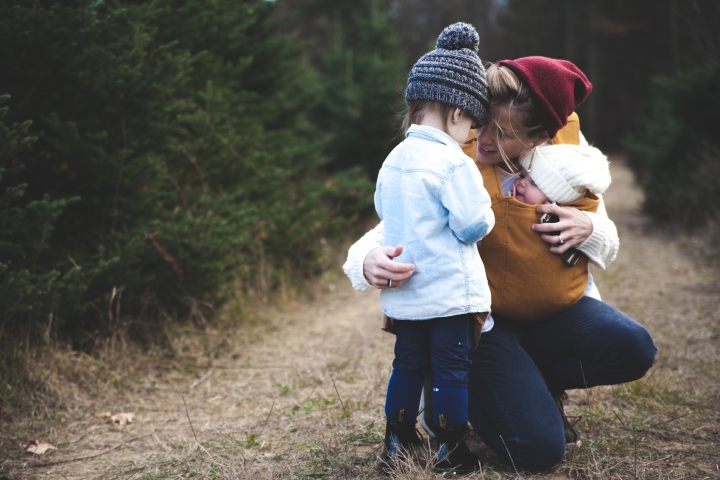 When it comes to my children, I am not a great listener. I’m pretty good at giving orders. I’m even better at breaking up fights by screaming louder than everyone in the room. I can list several areas in parenting I need to grow in by God’s grace; however, I don’t believe there is a more important growth area for me than listening. Therefore, I write this post not as an expert, but rather, a parent who is trying to model the love of Christ for my children.

It hit home for me recently. You can likely picture the scenario. I was in the kitchen with my wife and five daughters. Everyone was talking at once. It was loud and the volume was increasing. No one could complete a sentence. I was becoming frustrated and knew at any second I would raise my voice and say something I’d regret. I needed help.

The question crossed my mind: How do I model Christ in my home when everyone behaves as if the world was created through them and for them?

At that moment, I experienced God’s grace. It came in the form of a Bible verse — a verse I have never associated with parenting before, but there it was, like a message from heaven sent directly to my mind.

James 1:19 says, “My dear brothers and sisters, take note of this: Everyone should be quick to listen, slow to speak and slow to become angry.”

Quick to Listen, Slow to Speak

I grew up in a home with a dad who yelled a lot. His roar reminded me of a bear and his presence made itself known like thunder. You could not question my dad or speak up during his tense moments. Everyone in the house knew it was better to remain silent. Now that I’m a dad myself, I can better understand what caused my dad frustration. Parenting isn’t easy. Life is stressful enough without having to sort out a conflict between your children over who is going to play what role in their game of farm house. Parents need a lot of grace.

I never felt heard as a child. The phrase “children should be seen and not heard” was an established rule in my home. I believe it’s one of the reasons why I feel like my voice and presence doesn’t matter in a group setting. It’s much easier for me to shrink back and remain silent in stressful environments than to make my presence known by speaking up. In such moments, my silence comes across as indifference. It drives my wife crazy. But are my impatient actions toward my children developing the same silent mentality in them?

What if we took the words of James seriously? What if we listened even when the issue seemed trivial?

When I fail to listen to my children, or worse, when I speak over them, I’m communicating that their ideas are less important than mine. Do I really want my girls to believe that? The book of Proverbs says, “Sin is not ended by multiplying words, but the prudent hold their tongue” (Proverbs 10:19). I’m not saying we should never speak up as parents. I believe there are times when we must speak up, especially when our children are little. I am, however, suggesting that Scripture is correct in acknowledging the wisdom of a person who holds their tongue.

I’m praying that God would do a miracle in my life. I want so badly to be a parent who listens and values the contribution of my children.

There is a Bible verse framed in our kitchen. I think my wife got it from her grandmother. I’m not sure. Anyhow, it is Proverbs 15:1, which says, “A gentle answer turns away wrath, but a harsh word stirs up anger.” Many love the truth of this Proverb, but how often do they consider it in their day-to-day affairs? Can you imagine what would happen if people in church, education, or government took these words seriously? So much of the commotion in our culture is caused by people who are slow to listen and quick to speak. Sadly, the same is true in our families.

The noise in my house occurs when someone feels misunderstood, neglected, or unheard. When I feel offended, my selfishness flairs up and I become angry and get loud. What would happen if I spoke Scripture over myself and my family in moments of stress instead of succumbing to the power of anger?

Sometimes, I consider how much of a gift a listening dad would have been during my childhood. By God’s grace, I hope to become a dad who listens intently to my daughters. I’m far from perfect, but I know the Holy Spirit can empower me for the task.

Think about it. The very same Spirit who raised Jesus from death lives inside every Christian. We have strength within us more powerful than anything the world can offer. Instead of beating myself up again and again with my failures, I’m choosing to run to the Helper (John 14:26). I’m choosing to listen, because I’m convinced this simple act will do more good in my children than shouting angry directives.