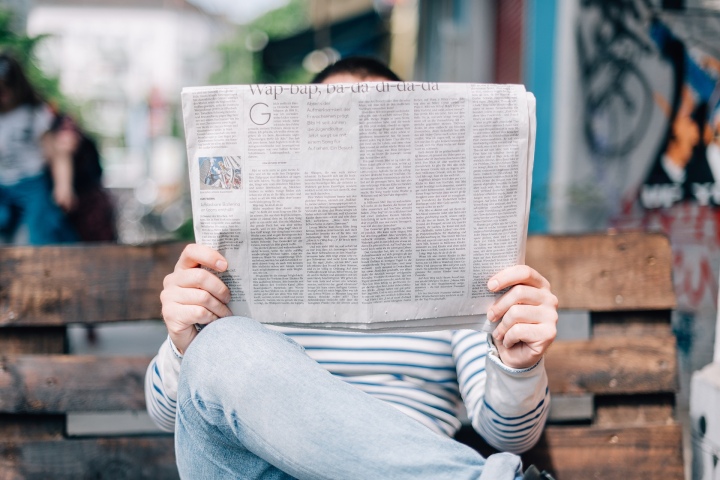 “For the time will come when people will not put up with sound doctrine. Instead, to suit their own desires, they will gather around them a great number of teachers to say what their itching ears want to hear.”

My wife shared a link with me this week from ABC News. I’m not a loyalist to any major news outlet, mainly because I know they all have a bias. We all do.

The particular article spiked my interest because it concerns the divisions arising within the Southern Baptist Convention about race, politics, gender, and LGBTQ issues.

I’m not a Southern Baptist, but I have spent a little time in SBC circles. When I was attending seminary, our family belonged to a Southern Baptist church plant in Denver. If there is one thing I can applaud the Southern Baptists for — and it’s huge in my opinion — it’s their commitment to a biblical worldview. More precisely, they seek to follow the teachings of Scripture unwaveringly.

When I read the ABC News article, one thing was clear, it was viewing the division from a political and cultural perspective only, with no interest in the teachings of Scripture.

Now, I didn’t expect to find arguments from the Bible at ABC News. That’s not what they do. However, a simple reading of the article would have you believe that the SBC is full of racists and homophobes. I assure you, that is not the case.

I’m not a pastor nor can I pretend to know how one would faithfully lead a church along biblical lines; yet, to leave out the biblical perspective on issues relating to the SBC and matters of race, gender, and LGBTQ is to completely miss the point. To think only politically is to miss the Christian faith entirely. You cannot be a Christian and only think politically about issues concerning God’s creation. After all, Jesus did not come to redeem our political agendas, but our sinful hearts.

No denomination is perfect. I don’t believe the SBC has handled all these issues correctly. I am suggesting, however, their concern about God’s thoughts over and above their own is honorable. From my limited, non-SBC perspective, the denomination has attempted to look at Scripture first instead of their own political ideology and personal preference.

The Scripture cited above tells us a day is coming when people will not put up with sound doctrine. I believe that time is now. As Christians, if we disagree with any point of the cultural narrative about race, politics, gender, and LGBTQ — and we should disagree with some of it — we will be taunted as racists and homophobes. Such criticism is untrue, of course, but people don’t care about truth, they only want their itching ears to be scratched.

A great number of teachers will be found to tell people what they want to hear. The time for bad teaching is now. The verse from second Timothy warned us it was coming, and the time has indeed arrived.

How Shall We Then Live?

The Christian worldview is becoming less and less popular. Although Jesus came to save sinners, not all sinners want to be saved. Therefore, God is giving people over to their sinful desires. No one ends up in hell by accident. People waltz to hell by parading their own shameful lusts (Romans 1:24-27).

Are you willing to follow the teachings of Scripture when your views are considered dangerous and archaic?

No matter how much the truth hurts, we have to listen so we can more fully obey God. That is why Paul told young Timothy to “preach the word; be prepared in season and out of season; correct, rebuke and encourage — with great patience and careful instruction” (2 Timothy 4:2).

When people turn their ears away from truth and toward myths, we must keep our heads, endure hardship, and do the work of an evangelist (2 Timothy 4:5). We can’t lose heart. We must preach truth. The SBC, I think, has gotten that correct.

I’m convinced the church is headed toward trying times. Many will walk away from a faith they have professed for years. As it increasingly becomes frowned upon to associate with a Christian worldview, the purging of many “Christians” is inevitable.

The time for bad teaching is now, but we are called to stand our ground and promote sound doctrine. Are you willing to stand?