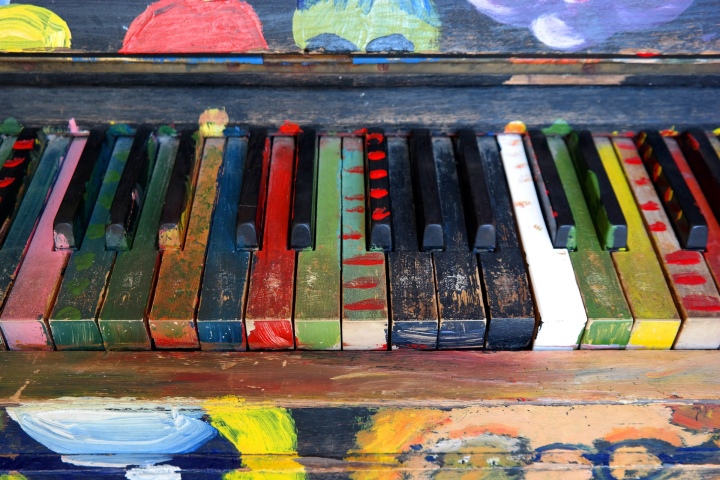 I love creativity, whether I see it in a sunset, a painting, a novel, or a piece of music. Something deeply spiritual occurs in me when I behold the creative work of another or set about the task of creating something myself. I’m merely hypothesizing here, but I think creativity is both enhanced and sustained by the Holy Spirit, even into old age, when we surrender to Christ and live for God’s glory.

Over the years, I’ve noticed many benefits of life in the Spirit. For instance, the Spirit’s work of illumination helps us know Jesus and continually reminds us of our salvation in Him. Furthermore, the Spirit’s desire to convict us of sin, though unpleasant at the time, can lead to repentance where joy is experienced and a sort of refreshing occurs.

There are many other benefits to life in the Spirit, no doubt. I think His ability to sustain creativity in those surrendered to Christ, however, is particularly fascinating. One of the predominant ways I have seen Him do this is through musicians who write and perform their own music.

Some of my favorite musicians are singer-songwriters like Jason Mraz or Jack Johnson. I love chill music that slows life down and is full of truth about the human experience. Both of the artists named have albums I could play on repeat though they were written years ago and I’ve heard them hundreds of times. Good music is like that. It transcends time.

Lots of musicians lose the ability to keep their artistic juices flowing, especially after a season of success. Many of my favorite artists, after releasing a few great records, seem to patter off and release duds. Shortly after reaching a pinnacle in their career, the creativity that made these musicians great ceases to exist. Have you ever noticed this?

My observation is not so much a knock on the musicians as it is an illustration of life apart from God’s Spirit. If my hypothesis is correct, the real issue is a lack of the Spirit of God because of a distortion of glory. Every musician is simply dust and will return to dust (Genesis 3:19). They were never designed to make a name for themselves. Any effort apart from Jesus has zero eternal value (John 15:5).

Humanity is pretty shortsighted when it comes to gifts and desires. Many of us live as if the sole purpose of our gifts and talents is to be happy and reach our highest potential. Like the temple in the book of Ezekiel, I picture the Spirit leaving those who set their gaze on anything other than the Creator.

Those Who Glorify the Lord

Those who seek to make much of Jesus stay inspired and reach new heights of creativity. Though I could cite many others, one example of this heightened creativity can be found in the worship duo, Shane and Shane. These guys have been making music for decades yet continue to produce albums that are both enriching and memorable. Their melodies have only improved. Their talent has only increased. Why haven’t they pattered off like so many others?

On August 20th, my wife and I were able to peel away from the children in order to catch a Shane and Shane concert. For me, the best part of the performance was during the last song when Shane Barnard said, “Let’s let Jesus have the encore.” The entire audience was singing a hymn, arms raised and eyes closed, when Shane and Shane exited the stage. When we were done singing and opened our eyes, no one was on stage. The musicians never came back out for an encore, even though the applause and chants of a few audience members suggested they might. They never did. They gave the encore to Jesus.

I believe the reason some musicians stay inspired and make great music well into their career is because of who they make much of. For Shane and Shane, and others like them, the focus is glorifying Jesus. All of life is about bringing Him praise. The Holy Spirit approves of those who think as such and empowers them to make music that makes much of Jesus.

If you are a creative type, surrendering to the Lord’s agenda should be your entire aim. The whole point is to make much of Jesus, through whom and for whom everything was created (Colossians 1:16).

2 thoughts on “Sustained Creativity By the Power of the Spirit”