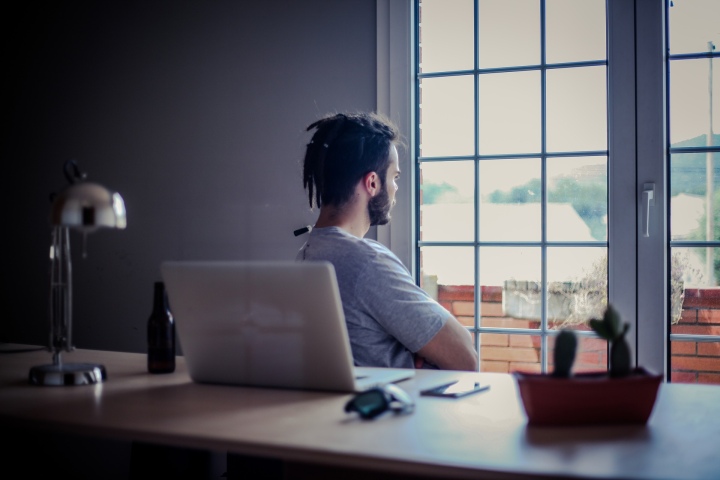 According to various internet sources, adults make roughly 35,000 decisions a day. If that’s true, on average, we make twenty-four decisions every minute. It would be interesting to know how many of those decisions we later regret—decisions such as eating that extra slice of pizza, hitting the snooze button too many times, or once again allowing that flippant comment to come out of our mouth.

During their working lives, adults make countless decisions. One decision that has become increasingly important, particularly to those living in the West, is choosing a career. For such people, career is the dominant force for all their major life decisions. That is to say, when making an important decision, they almost always ask how it might impact their career.

If your career is vitally important to you, may I make one suggestion? Don’t neglect your family for the sake of your career.

It’s a little tricky, of course, for your prime years in building a career is also your prime years for raising a family. I won’t say both can’t be done well, for I’ve seen it done. I will say, however, career shouldn’t be prioritized over family. I have seen the devastation of career idolatry. It’s causes great damage and is not of the Lord.

As a side note, family can easily become an idol, as well. Perhaps I’ll write an article someday called “Don’t Neglect God for Your Family.” Even still, in the hierarchy of responsibilities, family, if you have one, should come before career.

I am not saying you shouldn’t work hard or be mindful of a calling. I believe such things honor God and make much of him. What I am saying, and hopefully very clearly, is because we love to be made much of and pride is so insidious, we will be tempted to pursue our career over our families. It happens all the time. Why do you think divorce rates are so high, even among Christians? It’s a result of misplaced loves.

In case you’re unsure what I mean by prioritizing family over career, let me provide two examples.

I think the first example is the most obvious. Taking a job that keeps you away from home for extended periods is not a wise decision. I have known people with young children who accepted high paying positions with companies where extensive travel was required. The position would put them in different cities every few days. Maybe it’s just me, but FaceTiming your family is radically different than kissing your wife and holding your children. You can’t build trust or intimacy through a screen.

I have spoken with people who say, “It’s all about quality time.” I disagree. I think it takes both quality and quantity time to have a thriving family. Even though the pay is great, the job is rewarding, and the flight miles accumulate like bonkers, losing in-person time with your family for the sake of your career is a bad plan.

The second example is similar, but nuanced. Taking a job that demands too much of your time is also a bad thing for your family. Lots of people have jobs in the city they live but spend too much time in the office. It matters little to the life of your family if your away in another city or away in a cubicle down the street.

Simply put, the spiritual health and stability of your loved ones is directly related to your involvement in the mundane, day-to-day grind of family life. You can not disciple your children if you never see them. You can not prepare your wife for heaven if you don’t spend time with her.

I do believe, in certain scenarios, there are exceptions to what I’ve said. For instance, sometimes seasons call for extended work hours. That’s normal. I remember working fifty-five to sixty hour weeks when I was in college. Those hours were in addition to my full load of course work. I did what the season required.

During that college season, my wife and I had our first set of twins. I was a senior and trying to finish on time. The difference, I think, is that the end was in sight. I knew I would finish school within the year. It wasn’t a prolonged endeavor.

Yes, when necessary, grind for a season and have plan for when you can stop. Jobs post-college can lock you in for years. Years pass faster than you think. If you miss the opportunity to raise up your children in the Lord because a high paying job kept you away, you will never be able to buy back the time. When the little years are gone, they are gone forever.

I have never heard a person get to the end of their life and say, “I wish I wouldn’t have spent so much time with my family.” The opposite is almost always the case. In their waning years, people can feel guilty or burdened by the time they invested in things that matter very little.

Don’t neglect your family for the sake of your career. It’s an important decision that will bring glory to God, joy to your life, and a sense of achievement when your life is coming to a close.